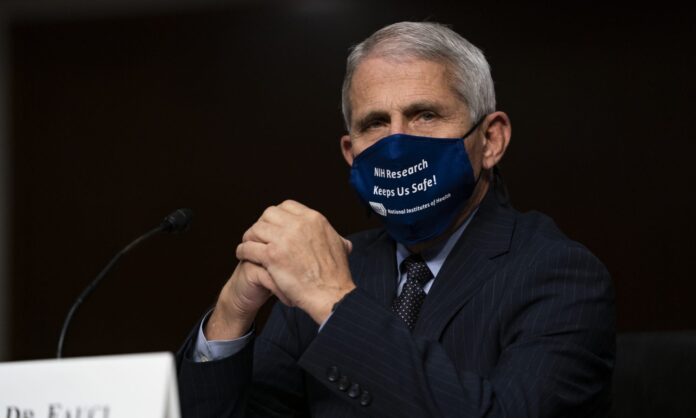 Nicki Minaj seems to have hit a few off-key notes with a recent tweet regarding the COVID-19 vaccine, bringing criticism from the likes of Dr. Anthony Fauci, Britain’s Prime Minister Boris Johnson and TV broadcasters Joy Reid and Piers Morgan.

What Happened: The glamorous rapper wound up in the center of the vaccine kerfuffle ahead of Sept. 13’s Met Gala, which Minaj declined to attend because the fashionista event required its A-list guests to be fully vaccinated and she has yet to receive her vaccine shots.

“They want you to get vaccinated for the Met,” she Tweeted, adding, “if I get vaccinated it won’t for the Met. It’ll be once I feel I’ve done enough research. I’m working on that now. In the meantime my loves, be safe. Wear the mask with 2 strings that grips your head & face. Not that loose one.”

Minaj followed that statement with another tweet concerning a family friend who reportedly had an unexpected side-effect to the vaccine.

My cousin in Trinidad won’t get the vaccine cuz his friend got it & became impotent. His testicles became swollen. His friend was weeks away from getting married, now the girl called off the wedding. So just pray on it & make sure you’re comfortable with ur decision, not bullied

“My cousin in Trinidad won’t get the vaccine cuz his friend got it & became impotent,” she tweeted. “His testicles became swollen. His friend was weeks away from getting married, now the girl called off the wedding. So just pray on it & make sure you’re comfortable with ur decision, not bullied.”

She then returned to Twitter to insist she was not advocating against vaccines, responding to a fan’s message by tweeting, “A lot of countries won’t let ppl work w/o the vaccine. I’d def recommend they get the vaccine. They have to feed their families. I’m sure I’ll b vaccinated as well cuz I have to go on tour, etc.”

What Happened Next: Somehow, Minaj’s tweeted were viewed by several prominent individuals as being a rallying cry against vaccinations.

Dr. Fauci, the director of the National Institute of Allergy and Infectious Diseases and the chief medical adviser to President Joe Biden, called out Minaj’s tweet about her cousin’s friend, explaining during a CNN interview that there is no evidence of the unusual side-effect she described while complaining, “She should be thinking twice about propagating information that really has no basis except a one-off anecdote, and that’s not what science is all about.”

Dr. Anthony Fauci on Nicki Minaj’s false claim that Covid-19 vaccines cause reproductive issues: “She should be thinking twice about propagating information that really has no basis… except a one-off anecdote, and that’s not what science is all about.” pic.twitter.com/YXPZuQMs5s

But Chris Whitty, chief medical adviser to the U.K. government, was more direct, stating, “There are a number of myths that fly around, some of which are just clearly ridiculous and some of which are clearly designed just to scare. That happens to be one of them. That is untrue.”

Professor Whitty beefing with the ghastly @NICKIMINAJ (one of the rudest little madams I’ve ever met) is not the breaking news that I expected today – but it’s most welcome. She’s peddling lies that will cost lives.

Minaj’s tweets also brought criticism from MSNBC’s Reid, who pointed to Minaj’s Twitter audience of 22 million followers and complained, “For you to use your platform to encourage our community to not protect themselves and save their lives, my God sister, you can do better than that! You got that platform – it’s a blessing that you got that. The people listen to you – and they listen to you more than they listen to me!”

As for Morgan, he also questioned her comments but took it into more personal drubbing by calling her “one of the rudest little madams I’ve ever met” and claimed she “refused to say hello to my three young sons” during a guest appearance on “America’s Got Talent” because she insisted that she was ‘too busy.’”

RELATED: Here’s Why Young And Healthy People Should Get Their COVID-19 Vaccine

What Else Happened: Minaj was cognizant of the criticism leveled against her and returned each volley with the wit and sass that her fans have come to expect and cherish.

RELATED: This Vaccine Might Be Deemed ‘Obsolete’ In The Near Future

With Reid, she was less jolly, tweeting, “This is what happens when you’re so thirsty to down another black woman (by the request of the white man), that you didn’t bother to read all my tweets. “My God SISTER do better” imagine getting ur dumb ass on tv a min after a tweet to spread a false narrative about a black woman.”

As for Morgan, Minaj countered: “Sir I’ve never met you. I know… we all look alike. ‘Rudest little madam.’ I like it. Has a special ring to it. Thanks Pierce. Love the accent. I’d love to come chat. Scones. Tea. Clown nose & big red shoes for you. Lmk babe.”

While Minaj appeared to overlook Dr. Fauci’s remarks, she nonetheless made it clear she never used social media to dissuade people from being vaccinated and even offered a tweet asking her Twitter followers which vaccine was the best, which brought more than 7,000 responses.