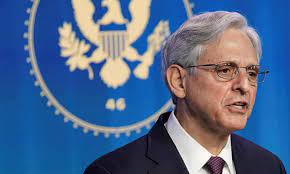 Attorney General Merrick Garland announced on Wednesday that the Department of Justice (DOJ) will conduct a probe into the practices and culture of the Minneapolis Police Department. Garland’s announcement came the day after a jury found former Minneapolis police officer Derek Chauvin guilty of all three charges he faced for the murder of George Floyd.

“Yesterday’s verdict in the state criminal trial does not address potentially systemic policing issues in Minneapolis,” Garland said while speaking at the DOJ. “The Justice Department has opened a civil investigation to determine whether the Minneapolis Police Department engages in a pattern or practice of unconstitutional or unlawful policing.”

The probe will seek to examine systemic problems within the department. Previous administrations have used similar probes into abusive agencies and potentially sue them for breaking the law. Donald Trump’s administration, however, tried barring the DOJ from investigations, saying that it lowers police morale.

Former attorney general William Barr had opened a federal civil rights probe into Floyd’s death shortly after he was murdered last year. Garland has said that that investigation is still ongoing.

Chauvin killed Floyd last May by kneeling on Floyd’s neck for over nine minutes. And just last week, former police officer Kim Potter in the Minneapolis neighborhood of Brooklyn Center shot and killed 20-year-old Daunte Wright. Potter has claimed that she mistook her firearm for her taser.

Floyd’s murder sparked months-long protests that put police violence on display as police officers continued to face impunity for other killings, like that of Breonna Taylor.

Justice Department investigations of this matter are typically precursors to courts allowing the federal government to step in to guide a local police department in future actions, like trainings. It’s unclear, however, how much such an intervention could help as these reforms are often ineffective and serve mainly to appease the public under the guise of meaningful change without any fundamental change occurring in how policing is actually done.

The probe will seek to find whether or not the Minneapolis Police Department engages in a “pattern or practice” of “using excessive force, including during protests; whether it engages in discriminatory conduct; and whether its treatment of those with behavioral health disabilities is unlawful,” writes The New York Times. Investigators will also look into whether or not current accountability systems are enough to keep police in line.

As many advocates have pointed out, however, current accountability systems are clearly not enough to stop police from killing people unlawfully. As activist and artist Bree Newsome Bass pointed out on Twitter, the 2017 conviction of former police officer Michael Slager of South Carolina, who killed a Black man for running from a traffic stop in 2015, has not been enough to deter people like Chauvin from murdering or killing.

In many cases, there is very little or no discernible system of accountability for police officers, which is part of why advocates and progressives emphasized after Chauvin’s verdict that there is still much more work to be done to achieve justice and peace for Black communities. “Verdicts are not substitutes for policy change,” Rep. Alexandria Ocasio-Cortez (D-New York) remarked on Tuesday night while acknowledging the weight and complexity of Chauvin’s guilty verdicts.

Garland also acknowledged the importance of accountability in his short speech on Wednesday but still offered credence to police at large, perpetuating the flawed idea that there are “good” and “bad” police officers. “I strongly believe that good officers do not want to work in systems that allow bad practices,” he said. “Accountability is an essential part of building trust with the community and public safety requires public trust.”

As many activists have pointed out over the years, a “good” police officer operating within a system of white supremacy, violence and injustice is still a police officer perpetuating and upholding that very same system. Police were responsible for countless acts of violence at protests last summer and police on average shoot and kill over two people every day in the United States.