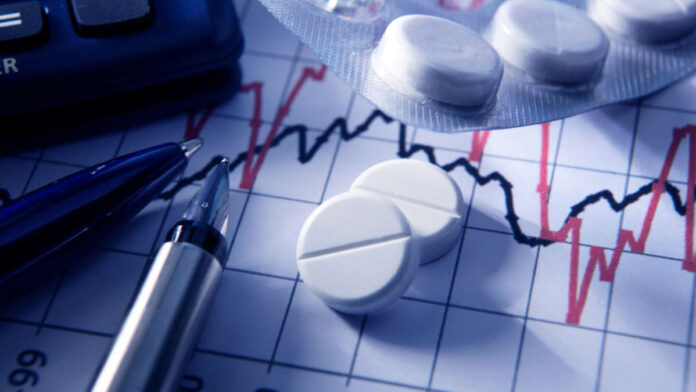 The largest drug companies are far more interested in enriching themselves and investors than in developing new drugs, according to a House committee report released Thursday that argues the industry can afford to charge Medicare less for prescriptions.

The report by the House Oversight and Reform Committee says that contrary to pharmaceutical industry arguments that large profits fund extensive research and innovation, the major drug companies plow more of their billions in earnings back into their own stocks, dividends and executive compensation.

And they can do it largely because Congress has imposed few restrictions on their pricing in the United States — including in the Medicare program, which is not permitted to negotiate drug prices, House Democrats say.

“What we have found is shocking,” said Oversight Committee Chair Carolyn Maloney (D-N.Y.). “Drug companies are actively and intentionally targeting the United States for price increases, often while cutting prices in the rest of the world.”

According to the data crunched by the committee, the 14 largest drug manufacturers paid themselves and investors $578 billion from 2016 to 2020 through dividends and stock buybacks, while investing $56 billion less — $522 billion — on research and development.

On top of that, the report says, some of that R&D money is spent researching ways to suppress competition, such as by filing hundreds of new, minor patents on older drugs that make it harder to produce generics.

“Despite Big Pharma’s lip service about innovation, many drug companies are not actually spending significant portions of their research-and-development budget to discover innovative new treatments,” Maloney told reporters in a conference call. “Instead, these companies are spending their research-and-development dollars on finding ways to game the system.”

“How can Pharma say with a straight face … that lower drug prices for Americans will have to come at the expense of research and development?” House Speaker Nancy Pelosi asked on the call.

The release of the report during a congressional recess seemed aimed at least partly at boosting support for the House Democrats’ Lower Drug Costs Now Act, which, among other things, would allow Medicare to negotiate drug prices, let Americans with private insurance pay those same rates and limit U.S. prices to an average price other countries pay.

Pelosi said she would like to see the measure, numbered H.R. 3, included in a massive bill that Democrats are preparing under what is known as the budget reconciliation process. That process allows taxing and spending bills to be packaged together and get though the Senate on a simple majority vote exempt from a filibuster. Democrats are expected to use the process for a number of key initiatives, including possible changes in Medicare eligibility and benefits, outlined by President Joe Biden and congressional leaders and panned by Republicans.

“With the savings on the lower drug prices, we can invest in transformational improvements in American health care,” Pelosi said. “We have an historic opportunity to do so as we craft the reconciliation bill. We’ll see how we proceed there.”

Some more moderate Democrats have raised concerns about H.R. 3, in part echoing industry assertions that curbing drugmakers’ revenues might cut their ability to innovate. Pelosi can afford to have only a handful of Democrats defect in the House, and all 50 Democrats in the Senate are needed to pass a reconciliation measure.

Among the starker examples the report highlights, the company Novo Nordisk spent twice as much on executive pay and buying back its own stock as on R&D over the five years.

The drugmaker Amgen especially cashed in on the 2017 tax cuts pushed through a Republican Congress, spending five times as much on buybacks as on research, the report says.

According to the report, if the 14 large companies maintain roughly their current practices, they will pay themselves and investors $1.15 trillion over the next decade, which the committee notes is double the estimated cost of H.R. 3.

The report also singles out internal documents from the pharmaceutical giant AbbVie as an illustration of “research and development” being aimed at suppressing cheaper competition, in this case by seeking new minor patent enhancements on the rheumatoid arthritis drug Humira, which costs $77,000 a year.

“An internal presentation emphasized that one objective of the ‘enhancement’ strategy was to ‘raise barriers to competitor ability to replicate,’” the report says, likely delaying lower-priced biosimilar drugs at least until 2023. It also notes that the company identified about $5.19 billion in R&D for Humira, about 7.4% of the drug’s net U.S. revenue.

In another case, the report highlights an internal presentation from Celgene, which makes the $16,744-a-month cancer drug Revlimid and has since been bought by Bristol Myers Squibb.

The report says Celgene targeted the United States for its profitable price hikes and admitted in a presentation that it was because of the country’s “highly favorable environment with free-market pricing.”

In some other cases, the combined $3.2 billion that the 14 companies’ top management earned over the five years was conditioned on U.S. price hikes.

A spokesperson for Novo Nordisk said its buybacks were entirely justified and included them in what he described as the company’s overall long-term investments.

“These investments have led to the discovery of innovative treatments that have made substantial impacts on peoples’ lives,” said Michael Bachner, director of communications for Novo Nordisk.

“Given the complex challenges in the health care system, we remain committed to developing solutions in cooperation with policymakers and other stakeholders,” he said. “We will continue to work towards maintaining a sustainable business that will foster innovation and provide patients with access to needed new therapies.”

Frank Benenati, a spokesperson for AbbVie, took issue with the report’s emphasis on Humira’s R&D costs. He said the report “is misleading in that it focuses on the R&D spend for one drug, not the total R&D spend, which was approximately $50 billion since 2013.”

Other companies did not immediately answer requests for comment, but a spokesperson for the industry’s lobbying arm, the Pharmaceutical Research and Manufacturers of America, said the release of the report was political and aimed at backing legislation that PhRMA said would harm Medicare.

“While we can’t speak to specific examples cited in the report, this partisan exercise is clearly designed to garner support for an extreme bill that will erode Medicare protections and access to treatments for seniors,” said PhRMA spokesperson Brian Newell. “Every year, biopharmaceutical research companies invest tens of billions of dollars in the research and development of new cures and treatments, as well as our significant investments in time and resources creating treatments and vaccines to combat the global pandemic.”

Despite the report, he said, net prices on drugs are coming down, when rebates to customers are included. He added that the greater problems are with high deductibles charged by insurers and with profits taken by middlemen such as pharmacy benefit managers.

“We are committed to working with policymakers on commonsense, bipartisan solutions that address the real challenges patients face,” Newell said. “Working together we can make sure medicines are affordable and accessible for everyone.”