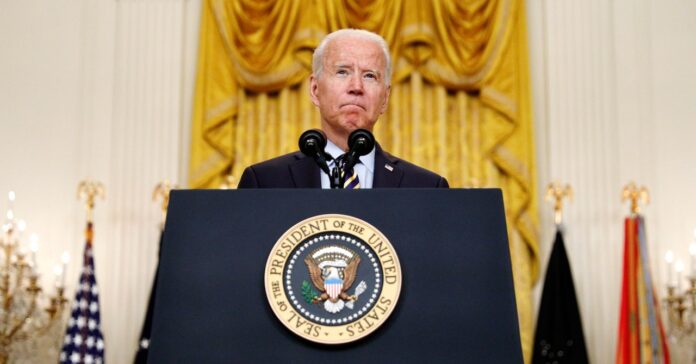 A sweeping new presidential directive includes, among other things, an initiative to secure consumers’ right to repair their own devices.

The new directive to the FTC comes a couple of months after the commission delivered a 54-page report to Congress that concluded “there is scant evidence to support manufacturers’ justifications for repair restrictions.” Reuters reported earlier this week that a draft of the executive order was in the works, and White House press secretary Jen Psaki confirmed on Tuesday that Biden would soon issue an executive order to the US Department of Agriculture that would address farmers’ “right to repair their own equipment how they like.”

It’s too soon to determine what the FTC’s new rules might look like or how long it will take the agency to impose any new regulations. But the Biden administration’s involvement in repair issues brings national attention to a topic that has, for the most part, been addressed only in legislation at the state level. And it could have major implications for large tech companies and equipment makers that have historically held a tight grip on how—and by who—their devices can be repaired.

In a fact sheet detailing the 72 initiatives in Friday’s executive order, the White House acknowledges that companies’ restrictions on “the distribution of parts, diagnostics, and repair tools” makes repairs more expensive and time-consuming for the end user. In the order, the Biden administration brands such restrictions by tech companies as “anticompetitive” and urges the FTC to force companies to allow their customers to use independent repair shops to fix the devices they own or allow them to perform repairs themselves.

The executive order is considered a significant win for right-to-repair advocates. Groups like the US Public Interest Research Groups and the repair-kit seller iFixit have argued for years that tech consumers and large equipment buyers should have better options for repairing their devices.

As part of their arguments, right-to-repair groups have alleged that tech companies such as Apple and Microsoft, as well as farm equipment makers like John Deere and large medical device makers, have made it intentionally difficult for consumers to seek independent repairs, often forcing consumers to go back to the original manufacturers for fixes.

For example, Apple has in the past used software notifications to discourage customers from replacing their own iPhone batteries. At the height of the coronavirus pandemic in spring 2020, biomedical engineers spoke out on the ways that medical device makers withheld repair manuals for critical medical equipment. And in February of this year, an undercover investigation into John Deere conducted by US PIRG showed that it was “extremely difficult, if not impossible, for farmers to get diagnostic software, tools, or parts from dealers,” as reported by Vice.

“We’re really excited to hear this news,” says Kerry Maeve Sheehan, iFixit’s lead on US policy, in response to Biden’s executive order. “And we’re grateful that the Biden administration is stepping in with a strong endorsement for right to repair and really pushing the FTC to take action.” Both Sheehan and Nathan Proctor, who leads the US PIRG’s right-to-repair campaign, say this is the first time in the history of the grassroots repair movement in the US that a sitting president has weighed in on the topic.

Lobbyists and trade groups for big tech companies and equipment manufacturers have long argued that giving consumers more access to the tools required to fix products, whether a smartphone or a car, poses safety and security risks. The debate has gotten especially heated as more products become internet-connected, adding a software element to repairs that in the past might have just required swapping parts.

The links to news reports in the White House’s fact sheet that back up its claims of stymied competition specifically point to the issues around cell phone repair, but the language of the order itself urges the FTC to broaden the right to repair by restricting “tech and other” companies from discouraging DIY tinkering. Such language indicates that the FTC’s regulatory target will be much bigger than the device in your pocket.

In an emailed response to the executive order, a spokesperson from John Deere says the company “leads our industry in providing repair tools, spare parts, information guides, training videos, and manuals needed to work on our machines.” But the spokesperson also says that while less than 2 percent of tractor repairs require a software update, the company still does not support the right to modify embedded software “due to risks associated with the safe operation of the equipment.”

Turn of the Screw

Proctor, of US PIRG, notes that it could still be awhile before the FTC starts enforcing new repair laws, saying that the rulemaking process is “not always an expeditious one.” He cites as an example the FTC’s finalization of a rule around “made in the USA” labels that are falsely applied to products not manufactured in the US. (Congress first enacted legislation around “made in the USA” claims in 1994, but for years there was bipartisan consensus that this kind of fraud shouldn’t be subject to tough penalties. Just last week, the FTC codified the rules in such a way that violators would be penalized.)

“Right to repair is even more complex than that case, and if this is just a directive toward rulemaking, it might kick off another long process,” Proctor says. “Still, I’m hopeful that this is a mechanism that gets us to where we need to go a little faster.”

Sheehan from iFixit is more optimistic that the FTC might act quickly around the right to repair, partly because the agency recently introduced a series of changes designed to streamline rulemaking procedures—and partly because the order is coming directly from the White House. “Obviously we want the agency to move quickly on this, and pressure from the Biden administration does make that more possible,” Sheehan says.

A spokeswoman for the FTC declined to comment directly on the matter, instead pointing toward the White House’s statement and the report that the commission already released in May.

In that report, the FTC concluded that products have, in fact, become harder to fix and maintain and that “repair restrictions have … steered consumers into manufacturers’ repair networks to replace products before the end of their useful lives.” The FTC also noted that repair restrictions may also “place a greater financial burden on communities of color and lower-income Americans.”

But the FTC also warned in the May report that the right to repair is a complicated issue, and that expanding consumers’ repair options, whether through industry initiatives or through legislation, “raises numerous issues that will warrant examination.”

Ultimately, the right-to-repair fight will likely continue at the state level, and advocates plan to continue to lobby Congress for changes as well.

“I think, depending on the scope of the FTC rules, this may not be a substitute for what Congress can do and what states can do,” Sheehan says. As many as 25 states have considered right-to-repair legislation this year, but that, of course, doesn’t mean the bills in those states will be signed into law. A few states have what Sheehan calls “repair-related laws,” including California, Rhode Island, and Indiana. Right now, Massachusetts is the only state with an official right-to-repair law for automobiles, which won the vote by a large margin in 2012 and again in 2020, despite vocal opposition from a coalition of big automakers.

“Whatever rule the FTC passes, it will be up to the FTC to enforce,” Sheehan says, “whereas state legislation can be enforced by state attorneys general, and occasionally they have more leeway or more resources to focus on these things than the FTC might in the context of all its other many priorities.”