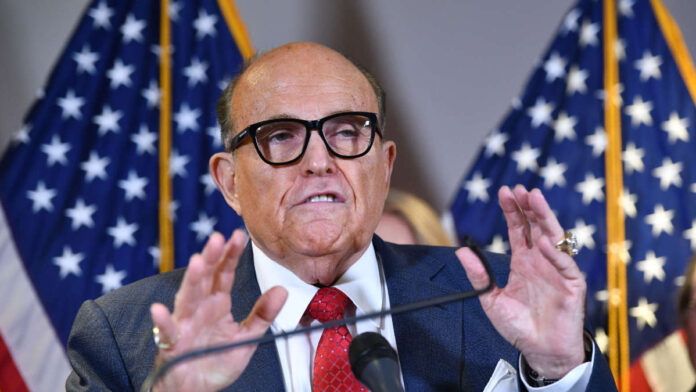 The warrants are part of an ongoing investigation by federal prosecutors within the Southern District of New York (SDNY), who are looking into whether any laws were broken regarding Giuliani’s activities in Ukraine in 2019.

The search of Giuliani’s home and office were described by The New York Times as an “extraordinary action for prosecutors to take against a lawyer, let alone a lawyer for a former president.” Giuliani’s own lawyer, Robert Costello, decried the investigation into his client, suggesting the searches were unnecessary because Giuliani had offered to answer all questions except those he deemed as privileged conversations with Trump.

Costello also attempted to use Giuliani’s career as a shield against allegations that he had done anything wrong.

“Why would you do this to anyone, let alone someone who was the associate attorney general, United States attorney, the mayor of New York City and the personal lawyer to the 45th president of the United States,” Costello argued.

Prosecutors are examining whether Giuliani, while he was actively trying to find political “dirt” on then-potential candidate for president Joe Biden, had illegally lobbied for Trump to fire Marie Yovanovitch, who was then the U.S. ambassador to Ukraine, in order to make the efforts at gaining compromising information on Biden easier to accomplish. Yovanovitch was seen as someone who would not go along with the plan for using foreign officials and oligarchs as a means to help Trump win reelection.

The efforts at pressuring foreign officials, including Ukraine President Volodymyr Zelensky, into agreeing to help the former U.S. president by launching an investigation into the actions of Biden and his family in that country, was the subject of Trump’s first impeachment, which began in the fall of 2019.

Efforts to obtain a warrant to search Giuliani’s properties and belongings began long before Biden took office. Federal agents had sought a warrant several months ago, but were blocked by Trump’s political appointees in the Department of Justice while Trump was still president. Objections were lifted after Biden’s pick for attorney general, Merrick Garland, was confirmed by the Senate to his appointment.

“Trump’s stooge Bill Barr blocked this very warrant to search for and seize evidence of Clown Rudy’s crimes on behalf of Trump. What a difference a principled and independent Attorney General makes!” tweeted Harvard Law School professor Laurence Tribe after the search of Giuliani’s properties was reported.

Although a warrant to search his home and office makes it clear that the investigation is ongoing, it is not clear at this time whether Giuliani will face any criminal charges stemming from the current inquiry by SDNY.