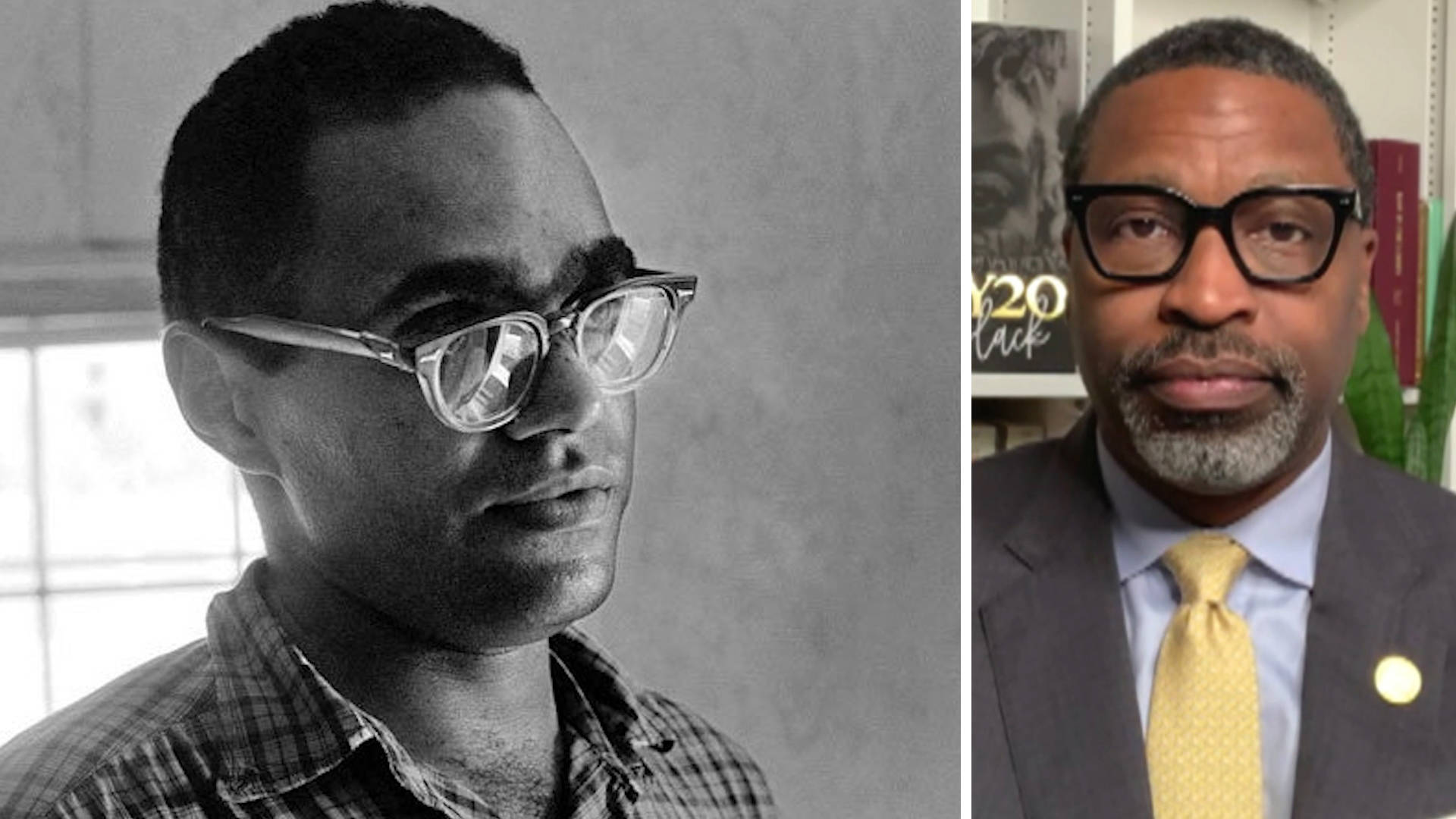 AMY GOODMAN: Derrick Johnson, you’re now president and CEO of the NAACP. You were formerly president of the NAACP Mississippi State Conference. I want to ask you about civil rights icon Bob Moses, who recently died at the age of 86 and did so much remarkable work in Mississippi and this country. Talk about how you knew Bob Moses, his history, being shot at by the Ku Klux Klan, his being head of the — the field secretary of SNCC and then founder of the Algebra Project. And, what, Taylor Branch called him the MLK of Mississippi.

DERRICK JOHNSON: Well, in fact, Bob Moses was one of the most profound strategist leaders of the civil rights movement across the country, not Mississippi. Mississippi, as he would describe, was a theater in the civil rights movement. He used the place of Mississippi to really amplify the national fight that we were in. He understood that the local fight had both national and global implications. And as a result of that, along with Fannie Lou Hamer, along with Aaron Henry, along with so many others, they organized Freedom Summer. They addressed the issue of a Democratic Party that had exclusionary primaries, and they broke that barrier. They created a space to create rural community health centers across the country that still exist today. He is, was and, in many ways, is, if you read his literature, one of the most profound thought leaders of the civil rights movement. He put community interest above his ego. He understood that egocentric leadership fails us every time, but community-centric leadership is what will prevail. And we must stand in solidarity in saluting Bob Moses, because he was such a profound leader.

AMY GOODMAN: Derrick Johnson, we wanted to play, as you leave, Bob Moses himself, the former field secretary of SNCC, the former founder of the Algebra Project. This is from a documentary. This is from a documentary that was about the Freedom Summer. Well, we’ll play a clip, a 2009 interview with Bob Moses on Democracy Now! later, but right now a clip from the documentary film 1964: The Fight for a Right, where Bob Moses describes when he launched the 1964 Freedom Riders voter registration campaign in Mississippi.

BOB MOSES: I put my weight behind the idea of this summer project, and we moved forward from there.

We hope to send into Mississippi this summer upwards of 1,000 teachers, ministers, lawyers and students from all around the country.

When we announced that we were going to have this summer project, and Mississippi went bonkers, and they started forming the League of White Racists, whatever they call themselves — right? — you got editorials in the national paper, you know, attacking us as wanting to start another Civil War.

AMY GOODMAN: And this is another clip of of Bob Moses, on Democracy Now!, on Barack Obama’s Inauguration Day, the first inauguration of the first African American president. I asked Bob Moses’ thoughts on the future of voting rights and education.

BOB MOSES: In our country, I think we run sharecropper education. That is, an education that you can trace, when the judge asked me that question, because in the Delta of Mississippi, sharecroppers were assigned to do a certain kind of work, and so the idea was you only needed a certain kind of education. So, if we carry that forward into the information age, then we will have serfs in our cities, just like we had serfs in the Delta of Mississippi in the industrial era. And this is the huge challenge facing our country. I think what we need is a movement for our constitutional rights. We need a constitutional amendment, something which simply says every child in the country is a child of the country and is entitled to a quality public school education.

AMY GOODMAN: That’s Bob Moses in 2009. Bob Moses died this weekend in Florida at the age of 86. I also want to thank Derrick Johnson, president and CEO of the NAACP, former state president of the NAACP Mississippi State Conference.

Next up, we go to West Virginia, where more than 1,400 workers are set to lose their jobs this week when a major pharmaceutical plant shuts down and moves operations overseas. We’ll speak with a worker, union leader; journalist Katherine Eban. And her new piece for the Vanity Fair is called “’We Can’t Reach Him’: Joe Manchin Is Ghosting the West Virginia Union Workers Whose Jobs His Daughter Helped Outsource.” Stay with us.