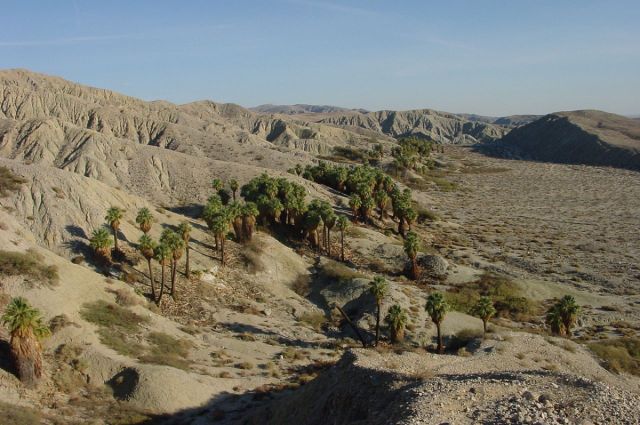 The first time ProPublica traveled to Thermal, California, in June 2020, the temperature happened to be 114 degrees, and we felt stupefied, literally unable to think. Everyplace, here in the eastern Coachella Valley, looked gorgeous … for 20 minutes at dusk. Nothing was beautiful at midday. The difference between the watered and unwatered fields was disorienting. Standing in the sun among green growing things and standing alone on the gray parched earth felt like the difference between hope and despondence, even terror; between vibrancy and doom.

We came out to the Eastern Coachella Valley because we’d looked for the darkest of the dark-red spots on California’s heat projections and climate health screens, the maps produced by crunching the data of where climate change is going to be the worst and cause the most human suffering. When we arrived, we found not just the poverty that comes from living on farmworker wages but also, as if driven by a perverse twist of Newtonian law, an equally extreme and entirely opposite economic phenomenon: luxury development pushing east from Palm Springs. Combined, the two formed a graphic and alarming illustration of the climate gap, a term used to describe the outsize and disproportionate suffering the climate crisis is causing the poor and people of color in relation to their more privileged peers.

We decided to make a film and write a story documenting this.

Does anybody here talk about climate change? we asked Lesly Figueroa, a community organizer with the Leadership Counsel for Justice and Accountability who’d grown up nearby with a farmworker father.

The question sounded ludicrous as soon as it left our mouths.

“It’s, like, all this jargon, right?” Figueroa said. “You think, ‘Oh, climate change. Oh, energy and whatever sustainable alternative fuel.’” Instead of the climate crisis writ large, people here worried about daily needs and infrastructure: access to clean water, safe and stable electricity, air conditioners and the money to run them.

Figueroa and her colleagues had been meeting with residents from Oasis Mobile Home Park, a sprawling, unpermitted configuration of decades-old trailers in Thermal where a well had run dry and the backup well had arsenic levels far exceeding the regulatory limit. The water here was just one of a litany of problems. In the climate crisis, communities like this face a combustive, destructive “confluence of vulnerabilities,” as Zachary Lamb, an assistant professor of city and regional planning at University of California, Berkeley, explained: where they’re located (often in places prone to floods, high winds, wildfire, etc.), how the housing itself is constructed (particularly older mobile homes), and the infrastructure that services them (often private).

The coming planetary catastrophe will not fall equally upon us all. This fact is now in the news regularly. Everywhere, every day we spent in the Coachella Valley, we could see that disparity on display. Just six miles from Oasis is The Thermal Club, a car-racing country club where, as Detour magazine put it, members are “shrugging off the $3 million-plus joining costs as if it were parking change in the ashtray of their Bentley.”

Federal agencies have struggled to address the needs of Oasis Mobile Home Park’s residents. Rep. Raul Ruiz, a Democrat from Palm Desert, is considering holding hearings to systematically review how the Bureau of Indian Affairs has handled unsafe conditions at Oasis, which sits on tribal land.

“I’m very disappointed in the long history of the BIA allowing illegal, unpermitted businesses to continue on tribal land,” Ruiz said. “It’s their responsibility to make sure that does not happen.”

The Bureau of Indian Affairs did not return requests for comment on Monday. However, in previous correspondence, the agency has indicated that closing the park would result in a “humanitarian crisis,” as affordable alternative housing does not exist for all the residents of Oasis Mobile Home Park.

“Funding is there to help address so many issues in the Eastern Coachella Valley,” said Nataly Escobedo Garcia, water policy coordinator at Leadership Counsel, in a statement to ProPublica. “All that is missing is political will and a commitment to authentically engage community voices and follow their lead.”

America’s top 10 most sustainable buildings of 2018