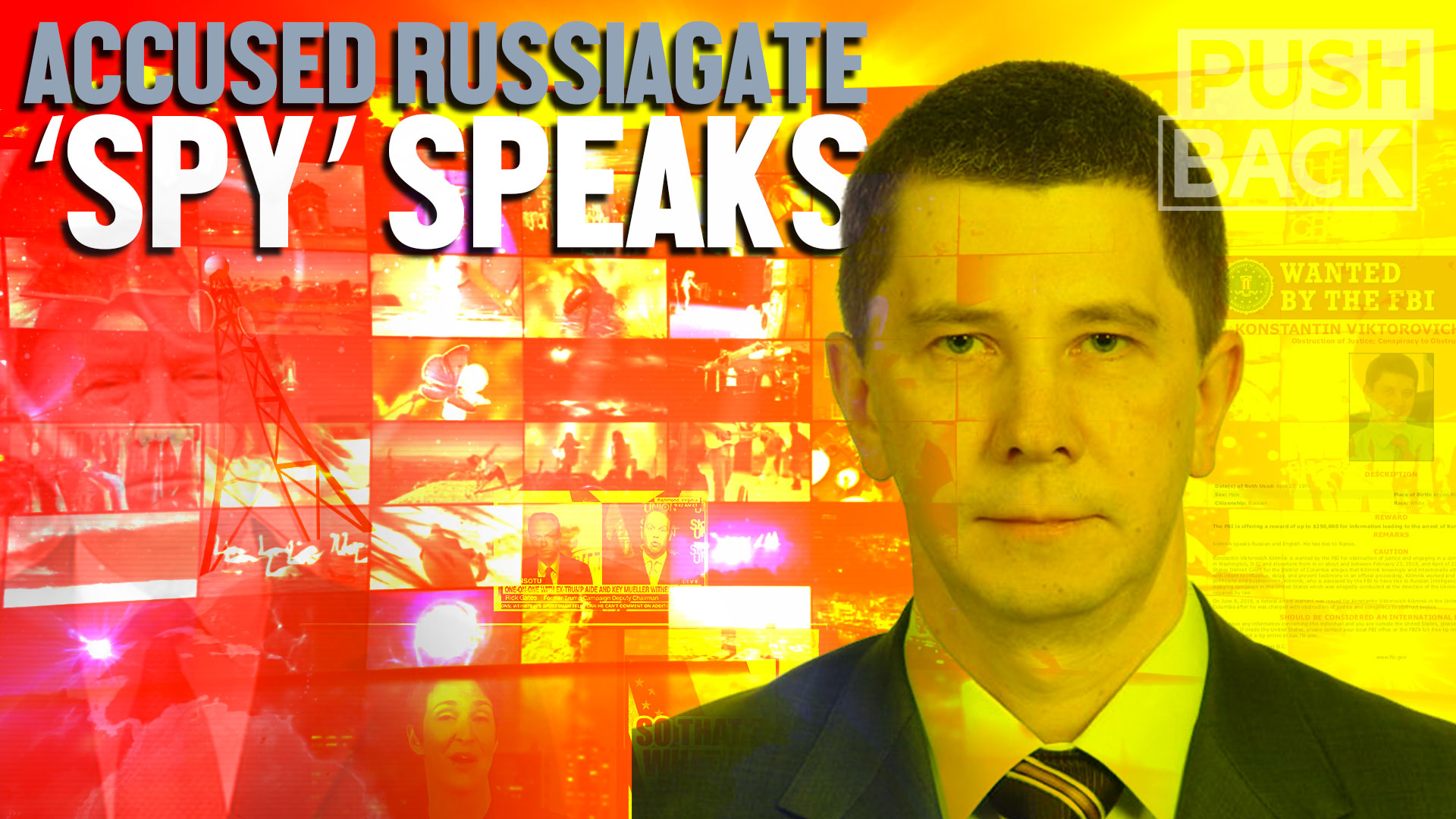 In exclusive audio, Russiagate target Konstantin Kilimnik responds to evidence-free US government claims that he is a Russian spy who passed Trump campaign polling data to the Kremlin 2016.

In the last year, US government, intelligence, and Congressional bodies have accused former Paul Manafort aide Konstantin Kilimnik of being a “Russian intelligence officer” or “Russian influence agent” who passed secret Trump campaign polling data to Russia in 2016. The FBI has even issued a $250,000 reward for Kilimnik’s arrest on a lowly witness tampering charge — more than double the amount for six murderers on the FBI’s Ten Most Wanted list.

In exclusive audio excerpts, Konstantin Kilimnik talks to Aaron Maté about the explosive — and evidence-free — US government claims about him. Despite his supposed central role in the Trump-Russia saga, Kilimnik says that no US government investigator has ever contacted him.

He believes it’s his Russian passport, not any actual evidence, that put him in the US intelligence crosshairs. To make the Russiagate narrative work, Kilimnik says, “they needed a f—–g Russian. I happen to be that f——g Russian.”

Guest: Konstantin Kilimnik. Ukrainian-Russian political consultant and former aide to Paul Manafort. Wanted by the FBI on a $250,000 bounty for a witness tampering indictment in the Mueller investigation. Neither the FBI or Mueller probe ever contacted him.

Become a Prime Day Pro With These Tips and 10 Early...