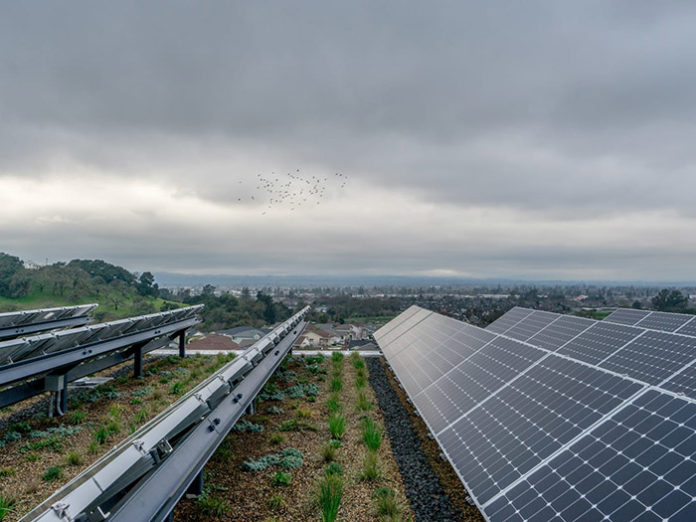 The 10 best buildings of 2018 merging great design with great performance include a library in Toronto, a school campus focused on teaching complex sustainability issues, and a new US courthouse in Los Angeles.

Awarded by the American Institute of Architects (AIA) and the Committee on the Environment (COTE), the COTE Top Ten Awards is a program highlighting 10 US-based projects that meet COTE’s rigorous criteria for social, economic and ecological value each year. Recipients are judged based on a series of narratives, as well as their post-occupancy data.

“[The Awards] reward the highest achievements in both design intent and actual performance across the triple bottom line of social, economic, and environmental value,” the AIA notes. 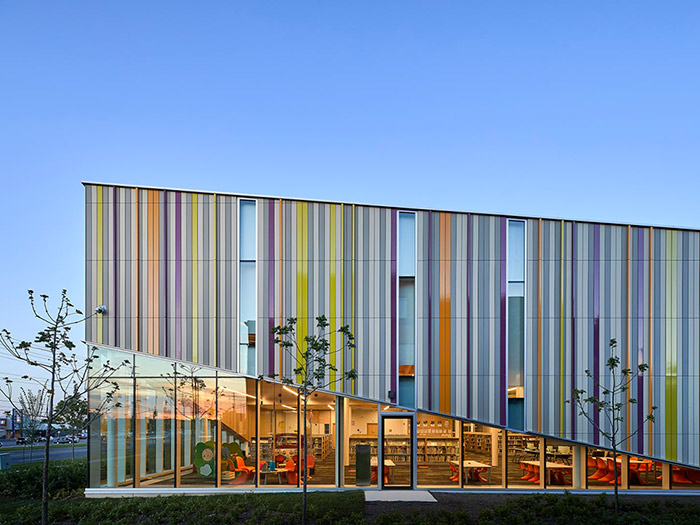 Located in Toronto, the Albion District Library was recognised for its immediate positive impact on the diverse community it serves, which includes many recent immigrants. Because of its role in the community, the design team proposed the creation of a new building adjacent to the existing library so that operations would not be interrupted. Here, a desire for a safe urban oasis inspired the concept of a walled garden, which balances a visually open and physically accessible plan with zoned courtyards that create discrete environments.

However, as the COTE jury points out, the project’s performance is perhaps its most compelling story. Designed to Tier 1 Toronto Green Standards, the new build features a series of ESD initiatives, including: a rooftop PV array, sloping green roof, daylight harvesting, an extensive green roof to minimise urban heat island effect, and the creation of wetland to collect stormwater for irrigation.

“This project has a predicted energy use reduction of 40 percent over the national average for this building type and climate, while providing thermally comfortable, well daylit, and joyful spaces for the occupants,” the judges said. 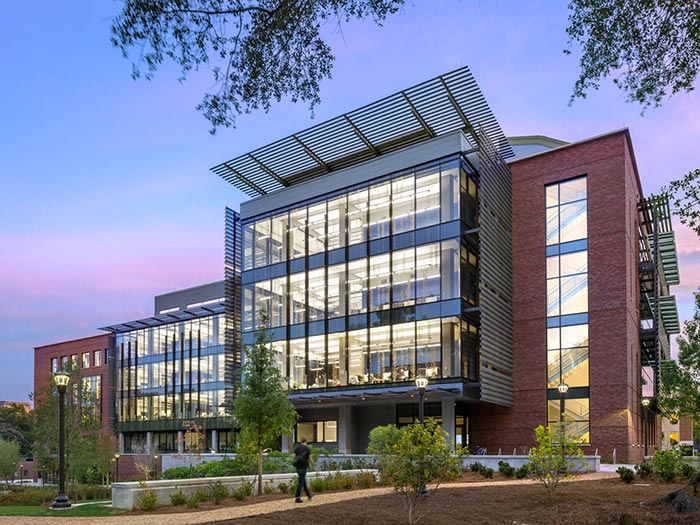 This LEED Platinum building turns traditional laboratory design on its head with the creation of an open lab neighborhood system aimed at fostering engagement. Biophilic elements, including daylight, outdoor views and a water harvesting system, encourage interaction—working with technology to create high levels of ecological performance.

Design highlights include perforated metal panels on the east and west facades to limit heat gain during the summer months; chilled beams that reduce the amount of fan energy needed to push conditioned air through the building; and sensors that control lighting, heat recovery from relief/exhaust air, and ventilation rates.

The project reported measured energy savings of 58 percent for its building type. 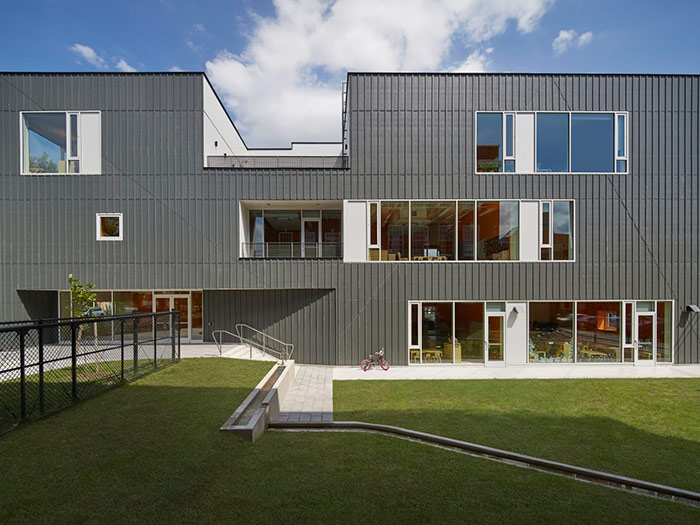 Mundo Verde is a public charter school in D.C. that focuses on teaching complex sustainability issues through hands-on, real world “expeditions”. Naturally, its new building—formerly a derelict urban site—was designed as a living framework for the curriculum.

As part of the new design, material, system and resource efficiencies are measured and monitored; stormwater is captured and repurposed; indigenous plantings support migratory insects and birds; and nutrition and wellness are realised via a garden-to-plate-to-compost food education initiative.

With a project cost of just $15 million, the LEED Gold and Platinum-certified campus proves that green schools can be as cost effective as they are energy efficient. 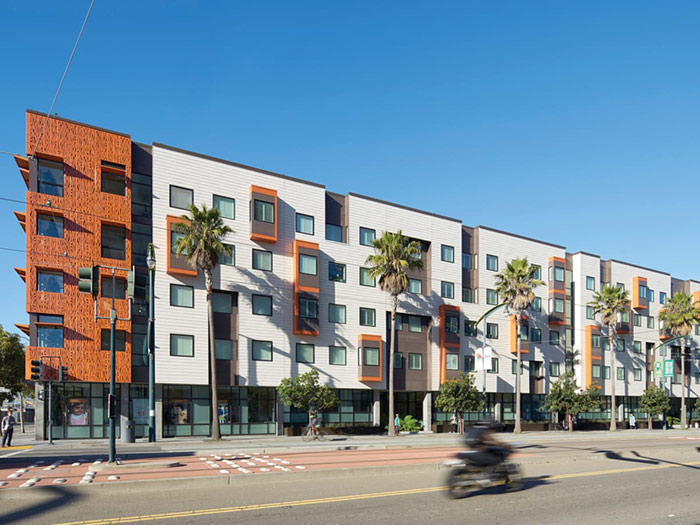 Family House is a non-profit organization that seeks to provide free temporary housing to families of seriously ill children receiving treatment at the University of California, San Francisco Benioff Children’s Hospital. Designed to provide a comforting, healthy and supportive residential environment, the project is filled with restorative living spaces that are designed with the needs of immune-compromised children in mind.

Between 2016 and 2017, Family House’s actual energy use was 22 percent less than what was modeled during design. 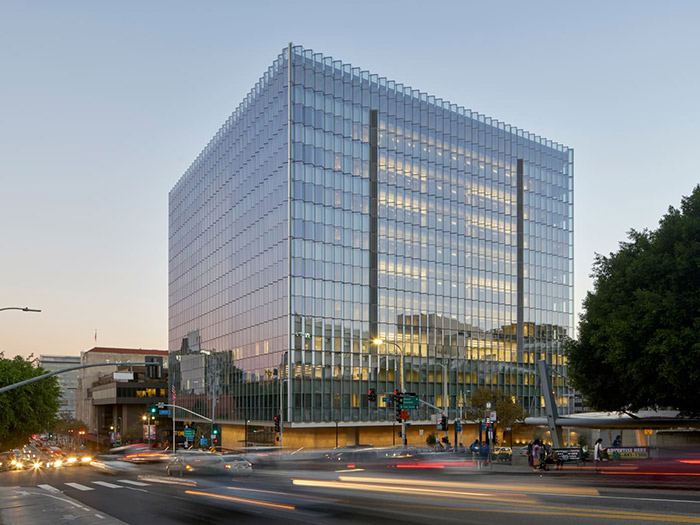 The new LA Federal Courthouse is a 633,000sqft facility with 24 courtrooms, 32 judicial chambers, and offices for a range of government services. In addition to durability and bringing the best value to the taxpayer, the clients included a sustainability goal in the brief: the team was expected to prove the completed project met the GSA 2020 energy target of 35 EUI through actual performance during its first year of operations. 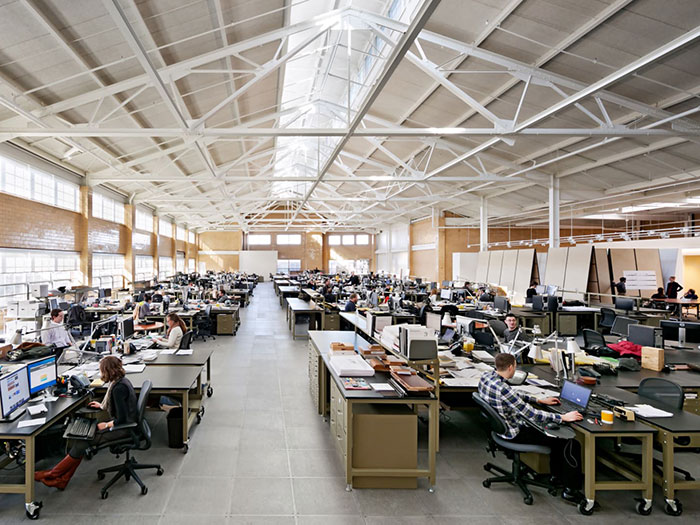 Upgrading a historic building while playing to the strengths of the original site is no easy feat, but the design team behind the retrofit of a 1948 bottling plant in Philadelphia have succeeded in transforming an old warehouse into a comfortable, energy-efficient open plan office.

The architects took advantage of the existing two-storey red brick structure—with its glazed brick walls, exposed roof trusses, and a glazed clerestory on the roof—to employ environmentally responsible systems that condition the space, and minimise lighting and power loads.

“Natural light and ventilation, together with the thermal mass of the concrete structure, provided an ideal test bed to experiment with various combinations of passive and active ventilation and dehumidification for heating and cooling,” the team explained. “The experimentation was scrupulously tracked with 400 data sensors and daily occupant surveys to arrive at a new model for energy-efficient thermal comfort.” 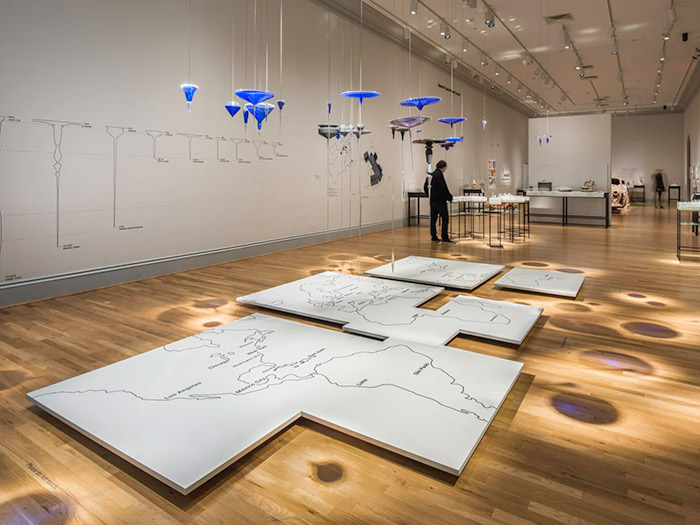 Originally built in 1859, the Renwick Gallery is the first purpose-built museum in the US, and one of the first major projects to be historically preserved in the 1960s. Its most recent upgrade respects the historic character of the building, while modernising its infrastructure and systems with the latest energy-efficient technologies.

“The collective sum of these system features allowed for significant reduction in conditioning demand, with a substantial downstream impact on envelope, structural, electrical and HVAC system sizing and cost,” the team said. 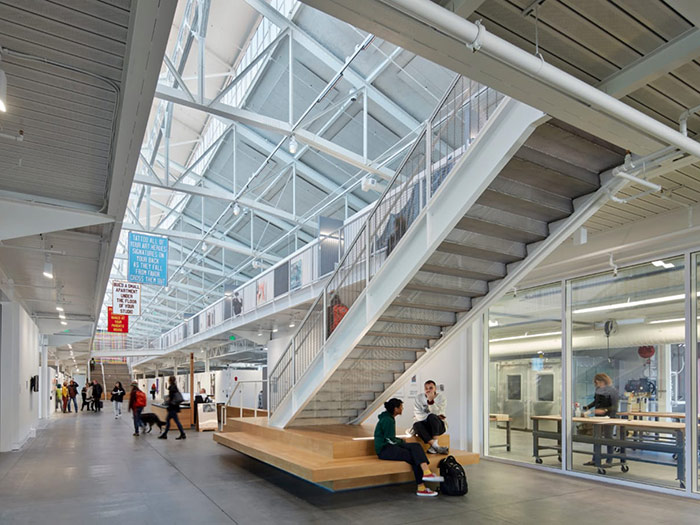 A historic US Army warehouse has been transformed into a new dynamic campus for the San Francisco Art Institute (SFAI)—an adaptive rehabilitation project that preserves the industrial integrity of the existing landmark structure, integrates advanced sustainable strategies, and reuses existing building resources.

In addition to promoting the project’s social and cultural values, the team also boost the building’s environmental performance with new ESD systems, such as a new high efficiency radiant slab, rooftop PV solar system that provides all of the building’s energy needs, and the maximisation of daylight throughout the new arts hub. 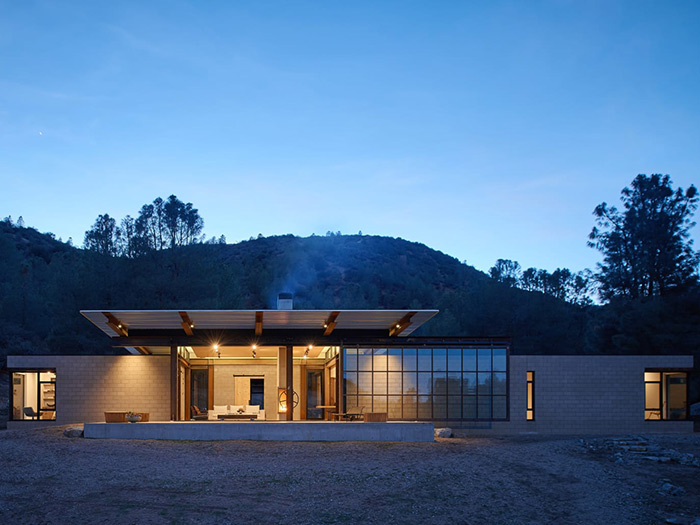 The only family home featured in the 2018 COTE Top Ten list, Sawmill is a self-sufficient, off-the-grid residence set in the harsh Mojave Desert. This concrete block, steel and glass home is designed to stand up to the severe climate of its fire-prone environment.

Inspired by the tradition of tents around a campfire, the house features three wings connected by a central hearth in the living area. A 12-by-26 foot window wall retracts with the turn of a wheel, transforming the outdoor patio into a fourth “tent”. The project’s materials were selected for their durability, with the design approach driven by a scavenger mentality: to do more with less, including using salvaged or recycled materials where possible. 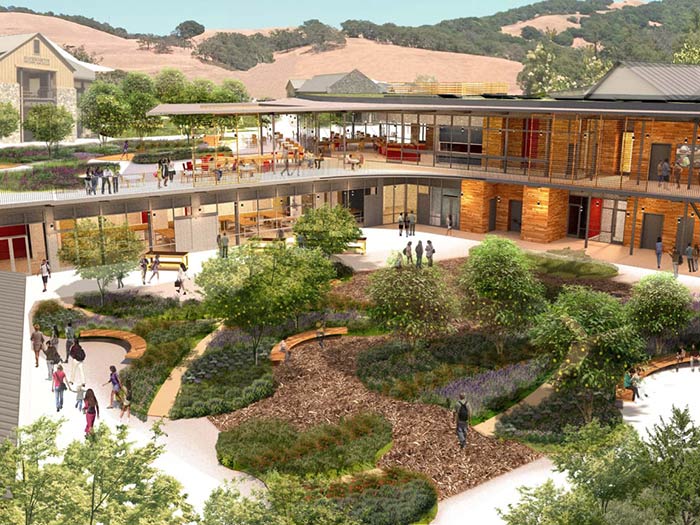 Sonoma Academy is a private college preparatory high school that sits within rolling hills in Santa Rosa, California. Guided by principles of equity, community and exploration, the design features a series of spaces—from classrooms and offices, to the dining/kitchen area and gardens—that are connected with the surrounding landscape.

The design team adhered to biophilic principles for planning and material selection, while focusing on passive design strategies, such as natural ventilation, which complemented other sustainable initiatives. These include a large PV array that power a fully electric kitchen; a gravity-based filtration system that deliver captured stormwater to a 5,000 gallon cistern; and ground-source heat pumps with radiant heating and cooling.

The Pros And Cons Of Pre-Filled Vape Pens

How CBD Can Improve Your Sex Life

What’s Your Sweet Spot For Vaping? An Easy Guide To Mod Settings