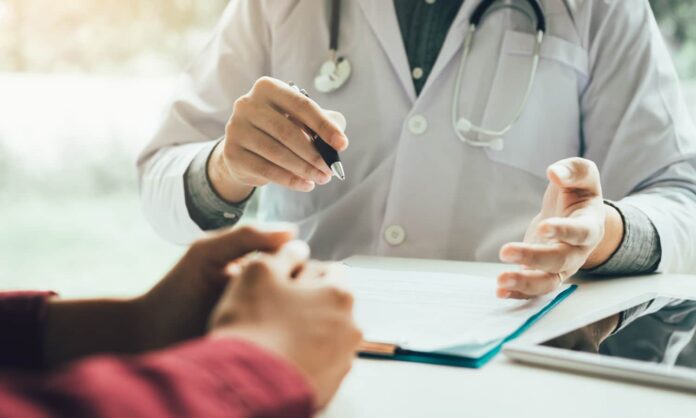 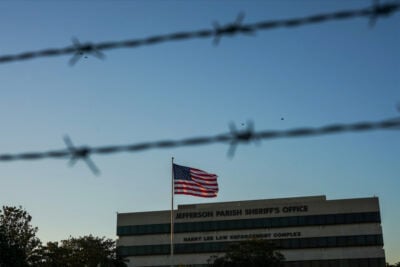 This article was produced for ProPublica’s Local Reporting Network in partnership with WRKF and WWNO, and it was also co-published with The Times-Picayune/The New Orleans Advocate. Sign up for Dispatches to get stories like this one as soon as they are published.

The ACLU of Louisiana is calling on federal prosecutors to launch an investigation into the Jefferson Parish Sheriff’s Office following a report by WWNO/WRKF and ProPublica that revealed stark racial disparities in shootings by deputies and systemic transparency problems.

The news organizations’ ongoing investigation into the Sheriff’s Office found that more than 70% of people who deputies shot at during the past eight years were Black; that figure is more than double the 27% of the Black population in this suburb west of New Orleans. In addition, 12 of the 16 people who died after being shot or restrained by deputies during that time were Black men.

In response to public records requests, the office could not account for how often its deputies use force. It denied a request for copies of all complaints against Sheriff’s Office employees during the past two years and couldn’t even say how many had been filed, stating such a number “does not exist.”

Alanah Odoms, the ACLU of Louisiana’s executive director, asked the U.S. Attorney’s Office for the Eastern District of Louisiana to “scrutinize the data and evidence collected” by the news organizations and to review three pending lawsuits filed by the ACLU against the Sheriff’s Office.

“It is no secret that the Jefferson Parish Sheriff’s Office has a deep-rooted history of racial discrimination and cruelty toward residents of color,” Odoms said. “The harsh political reality is the Sheriff of Jefferson Parish is wholly unaccountable to the people.”

The Jefferson Parish Sheriff’s Office did not immediately respond to a reporter’s voicemail or email about the ACLU statement. Sheriff Joe Lopinto previously declined to be interviewed about the news organization’s findings, saying only that when his deputies commit serious misconduct, they are arrested, noting that at least nine had been since he became sheriff in 2017.

The U.S. Attorney’s Office declined to comment on Odoms’ request for an investigation.

The U.S. Department of Justice, the parent agency of the U.S. Attorney’s Office, launched an investigation into the neighboring New Orleans Police Department over a decade ago and found problems similar to those identified by the news organizations’ investigation into Jefferson Parish. The NOPD had failed to properly track and review when its officers used force, its internal investigation system was deeply flawed and its officers were disproportionately shooting and killing Black people, the DOJ reported.

But, despite years of complaints by Black community leaders in Jefferson Parish, the DOJ has not intervened.

“I do not, and our society should not, condone any violence, misconduct or excessive use of force by those sworn to protect and serve,” said Carter, who this month called for a DOJ investigation into the Louisiana State Police, which has come under heavy scrutiny recently over a pattern of violence directed at Black arrestees.

“I am hopeful that the Jefferson Parish Sheriff’s Office will use all resources available to thoroughly and transparently seek out the truth, wherever it may lead,” Carter said.

Ashonta Wyatt, a leader in Jefferson Parish’s Black community, called the ACLU’s request a “wonderful step in the right direction.” But she said there is a long way to go to achieve the sweeping reforms she believes are needed to improve the Sheriff’s Office.

“Something has to happen that actually turns the tide in the direction of humanity,” Wyatt said. “I want to see real change. I want the investigation to bear real fruit (because) this is a deep-seated, systemic issue.”

Wyatt and other community leaders said years of ignored complaints have eroded the public’s trust in the department. Because the sheriff is an elected position — not subject to governmental or civilian oversight — the office is accountable only to voters, barring DOJ intervention.

The ACLU called for prosecutors to review three lawsuits it has filed against the Sheriff’s Office as further evidence of misconduct. The suits allege sheriff’s deputies beat a Black man in the Jefferson Parish Correctional Center, used excessive force against a protester and unlawfully detained and searched a Black woman because of her race.

The Sheriff’s Office, in court filings, described the first two lawsuits as “frivolous, groundless and unreasonable” and said its deputies’ actions were “reasonable under the circumstances.” It has not filed a response to the third suit, according to court records.

Odoms accused the Sheriff’s Office of operating as a “rogue agency that is permitted to operate in the shadows,” pointing to its failure to present a plan for the adoption of body cameras, despite a request to do so by the state legislature. After a sheriff’s deputy shot an unarmed 14-year-old boy in the back in March 2020, the state House of Representatives unanimously passed a resolution requesting that Lopinto, by Jan. 1, 2021, present a plan to outfit deputies with body cameras.

Lopinto, however, dismissed the resolution as doing “nothing” and having “no effect of law.” He has yet to present a plan.

“All residents of Jefferson Parish should demand better of a law enforcement agency that is as funded to the tune of $100 (million),” Odoms said. “Taxpayers should be outraged by this level of unprofessionalism and corruption.”

Woman enslaved as a maid for nearly 40 years freed