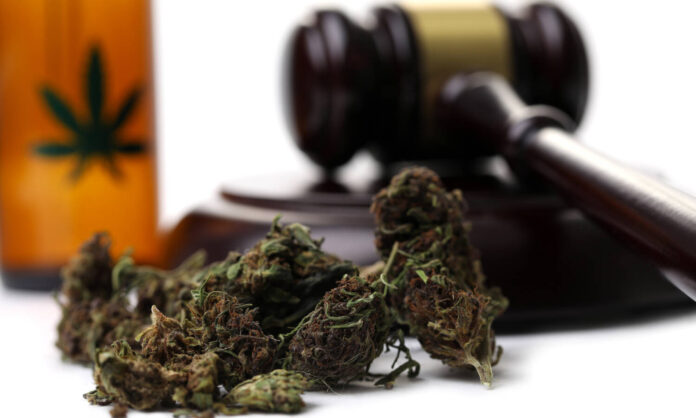 After months of exploring the ins and outs of legalizing recreational cannabis, Maryland lawmaker Luke Clippinger (D) pre-filed a bill to put marijuana legalization on the state’s 2022 ballot, Forbes reported.

The move came months after forming a 10-member Cannabis Referendum and Legalization Workgroup, which Clippinger chaired. The bipartisan legislative group was appointed by House Speaker Adrienne Jones and tasked with studying issues related to legalizing adult-use cannabis in the state.

Meanwhile, Clippinger’s House Bill 1 seeks to put a constitutional amendment on the ballot that will be introduced at the start of the 2022 session on Jan. 12. In addition, the bill has been referred to the Judiciary Committee, which Clippinger chairs.

If approved by at least three-fifths of the votes in both the Senate and House of Delegates, the new piece of legislation will place this question on the Nov. 2022 election ballot: “Do you favor the legalization of adult-use cannabis in the State of Maryland?”

RELATED: 4 States That Could Legalize Recreational Cannabis In 2022

Once voters pass the bill, possession of cannabis by adults 21 and older will be legal as of July 2023. Lawmakers would also be responsible for establishing rules permitting the “use, distribution, possession, regulation, and taxation of cannabis within the state.”

Although cannabis legalization advocates expressed support for the bill, they urged legislators to allow home cultivation and to add provisions to foster social equity in the cannabis industry.

“While we are grateful legislative leaders are prioritizing cannabis legalization in 2022, we are disappointed the pre-filed House referendum would continue the devastating war on cannabis for months after voters legalize cannabis,” Karen O’Keefe, director of state policies for the Marijuana Policy Project told Marijuana Moment. “We strongly urge legislators to revise the proposal to legalize possession and home cultivation upon enactment.”