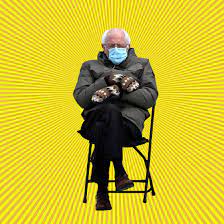 Senate Budget Chairman Bernie Sanders (I-Vermont) has called on top oil and gas executives to testify at a hearing on “The Cost of Inaction on Climate Change” before the budget committee next Thursday.

Sanders told CBS that the distortion of climate research by the oil and gas majors over the past decades is “one of the scandals of our lifetime.” Research and reporting have found that companies like Exxon have participated in a decades-long disinformation campaign in order to sow doubt over whether or not fossil fuels cause global warming and climate change.

“These companies are producing a significant percentage of the carbon that we use, which is destroying our planet,” Sanders told CBS, “and we want to know what they are doing to transform their companies away from fossil fuel.”

A press release for the hearing cited the potential economic toll of failing to address the climate crisis.

“Inaction on climate change could eventually cost the U.S. $34.5 trillion in economic activity by the end of the century and cause up to 295,000 avoidable deaths by 2030 and one million by 2050,” read the press release. “In 2020, while 22 weather disasters in the United States caused a total of $95 billion in damages,” while Exxon, Chevron and BP have raked in tens of billions of profits, says the statement.

In recent years, oil and gas companies have touted their investments in clean energy and have even made pledges to reduce their carbon outputs, but reporting has shown that many of their claims are nothing more than greenwashing — PR campaigns that attempt to trick consumers into thinking that the companies and their products are more environmentally friendly than they actually are.

President Joe Biden has made some steps to try to end the federal government’s direct subsidization of the fossil fuel industry, but his purview as president is limited and activists say that his actions are not enough.

A recent study published in the Proceedings of the National Academy of Sciences has also shown that, aside from tax credits and direct subsidies, the fossil fuel industry also receives an estimated $62 billion in “implicit subsidies” each year. Implicit subsidies are costs that are absorbed by the government or the public via externalities — costs to public health and environmental damage — but that fossil fuel companies don’t pay.

“Fossil fuel companies benefit in a big way because prices currently do not reflect the environmental and social costs associated with the production and consumption of fossil fuels,’’ said study author Matthew Kotchen in a press release. “A change would really affect their bottom lines.” If it weren’t for these implicit subsidies, Kotchen finds, the entire coal industry would likely go bust.

Climate advocates have urged Biden to throw his support behind the End Polluter Welfare Act, which addresses some of the more direct subsidies given to the fossil fuel industry. Introduced by Sanders, Rep. Ilhan Omar (D-Minnesota), and others last summer, the bill would end the direct subsidies, close tax loopholes and bar extraction on federal lands.

“At a time when we are dealing with the coronavirus pandemic and an economic decline, it is absurd to provide billions of taxpayer subsidies that pad fossil-fuel companies’ already-enormous profits,” said Sanders at the time. “We need more safe, healthy, good paying jobs — not more corporate polluter giveaways.”