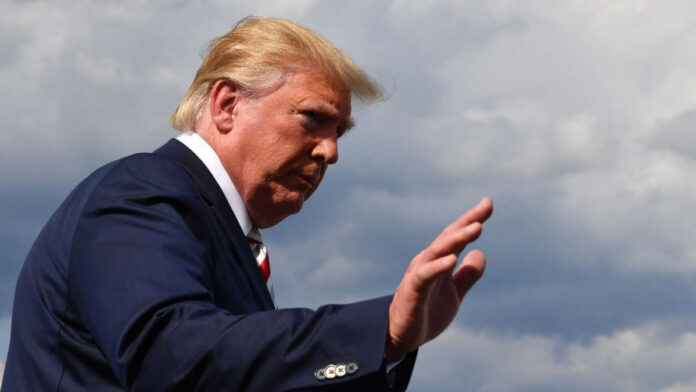 Former President Donald Trump, who lost the 2020 election to now-President Joe Biden, has finally seemed to acknowledge that he will never be named the true winner of that year’s presidential race.

While being interviewed by Fox News’s Sean Hannity on Wednesday night, Trump continued with his typical (and false) talking points on election fraud he has made over the past seven months, including bragging about his popular vote totals.

“We were supposed to win easily, 64 million votes,” Trump claimed. “We got 75 million votes and we didn’t win, but let’s see what happens on that.”

Polling analyses made before the election suggested that Trump didn’t have an “easy” path to defeating Biden — in fact, most modeling forecasts said it was Biden who was more likely going to win. The current president also received 7 million more ballots from American voters than Trump did in the popular vote totals, and won the Electoral College by a count of 306 votes to Trump’s 232.

Yet in stating that “we didn’t win,” Trump dropped a common talking point he has used over the past half-year: that he would be acknowledged as the actual winner at some point. Indeed, Trump had even been telling people just a few weeks ago, in private, that he was set to be reinstated as president by August, according to reporting from The New York Times’s Maggie Haberman.

“This is big. Donald Trump finally conceded tonight, he delivered the concession speech,” MSNBC’s Lawrence O’Donnell said — with some hyperbole — in response to Trump’s interview.

Trump also made a rare, positive statement about his 2020 election opponent.

“I want him to do well,” Trump said of Biden. “I think the election was unbelievably unfair, but I want this guy to go out and do well for our country.”

The moment was short-lived, however, as Trump immediately went on to criticize Biden for how he handled his recent meeting with Russia President Vladimir Putin, saying that “it was a good day for Russia.”

Trump’s apparent recognition that he lost the election — even though it comes with his errant claims of fraud — is sure to disappoint some of his most ardent supporters, many of whom also believed he was set to be reinstated. According to a Morning Consult poll from earlier this month, nearly three-in-ten Republican respondents (29 percent) said they thought Trump would probably be president again sometime later this year.

None of Trump or his followers’ claims of election fraud in the 2020 race have ever been proven true. Trump and his allies lost dozens of court challenges, including before the Supreme Court, without any of their claims convincing judges or justices (including ones appointed by Trump himself) that the election or certain states’ results deserved to be invalidated.

Though he has not made a formal decision at this time, Trump has hinted that he will likely run for president again in 2024 — a move that two-thirds of American voters hope doesn’t happen, according to recent polling.