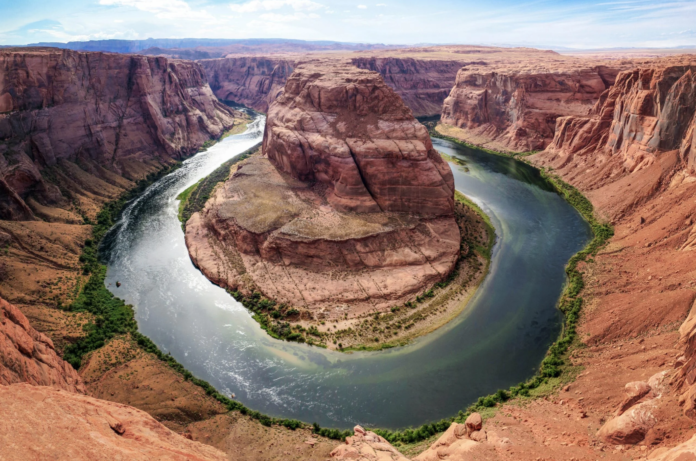 We depend on our rivers for a lot—drinking water, agriculture, biodiversity. But climate change, in combination with consequences of how natural resources are managed, can have a big impact on how well rivers can do their jobs. And according to a new report from the conservation nonprofit American Rivers, some of the US’s most fabled waterways  are in dire need of support. [Source: Popsci.com]

The annual list of the 10 most endangered rivers, which supply millions of people across the country, came out on Monday, and includes the Snake River, Mobile River, Maine’s Atlantic Salmon River, and Coosa River. But the biggest and most at risk is the Colorado River, which provides water to at least seven states across the Southwest as well as northern Mexico.

“The climate crisis is really a water crisis, and ground zero for that crisis is the Colorado River Basin,” ​​Matt Rice, American Rivers’ director of the Colorado Basin Program, told CNN. “We are being pushed in realtime to live with the river we have, to adapt to a hotter, drier reality in the Colorado River.”​​

But right now, there simply isn’t enough water in the river to meet everyone’s needs. According to the report, management was built on the assumption that there was a significantly larger amount of water in the Colorado and its basins than there actually was. This discrepancy might have come from some misleading data in the early 20th century, the Washington Post reported.

However, another related report from American Rivers and other environmental groups, including National Audubon Society, Environmental Defense Fund, and The Nature Conservancy, also outlines a handful of strategies to rebuild resilience in the incredibly important water source. The suggestions include anything from forest management to building naturally distributing aquifer storage in the forms of meadows and floodplains to even covering reservoirs and canals with shade balls and solar panels to slow down evaporation rates.

“As we face another summer of drought and fire, we are already seeing what our future could look like if we continue with business-as-usual,” said Nancy Smith, Conservation Director at The Nature Conservancy’s Colorado River Program in a press release. “The scale and pace of climate-related changes in the Colorado River Basin pose an increasing risk to the reliability of our water supplies—and we do not have time to waste.”

For the other rivers on the list, threats range from coal ash to industrial agricultural pollution to dams. The second-most endangered waterway, the Snake River,  is struggling due to dams that have prevented young salmon populations from migrating to the Pacific Ocean.

The Snake River, which runs through Idaho, Oregon, and Washington, once produced 2 to 6 million salmon and steelhead trout every year, feeding a healthy trophic web and trade economy. Northwest Tribal Nations have relied on the salmon populations for centuries longer. But after the creation of four federal dams between 1955 and 1975, the fish have been pushed to the brink of extinction, the report states.

All this goes to show how varied the problems facing American water sources are—and that we are at a crossroads where we have to choose to reinvigorate and protect these landscapes, or risk losing them forever. [Source: Popsci.com]

Why won’t the US medical establishment “believe women”? Covid-19 vaccines do not warn about menstrual disruption

Cops Have Brutalized Chicago's Latinx Community for Decades; Adam Toledo, 13, Is the Latest...