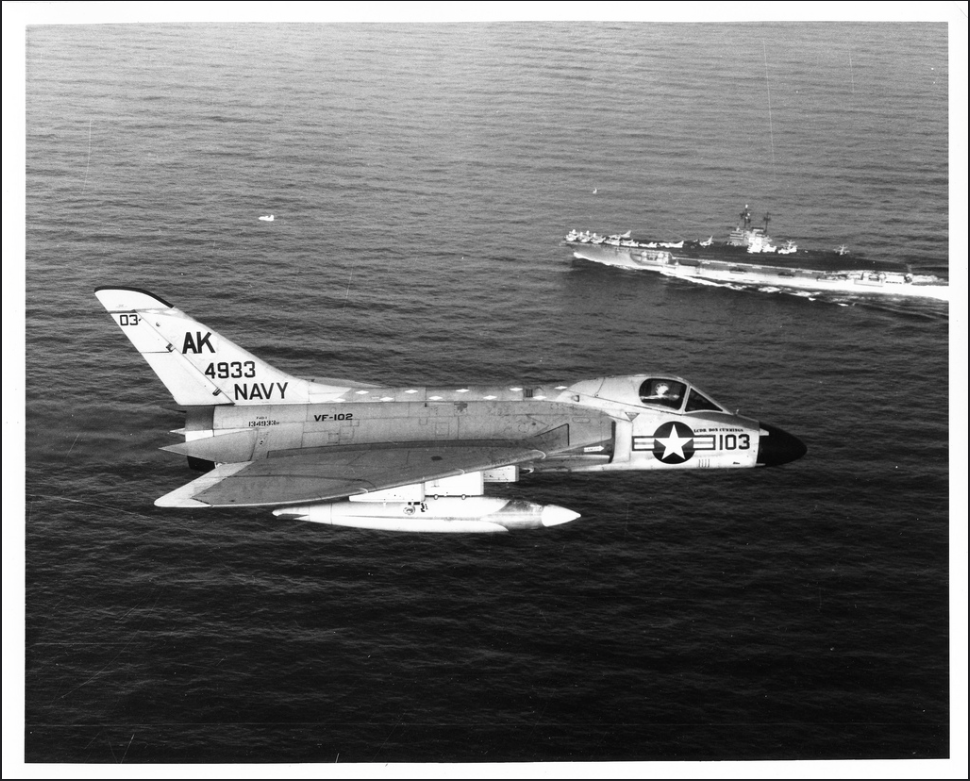 Fearing a new conflict over Taiwan, Pentagon Papers leaker Daniel Ellsberg has released a shocking account showing how the Joint Chiefs pressed Eisenhower to launch a nuclear war on China

A previously censored account of the 1958 Taiwan Strait crisis that was sponsored by the Pentagon has been published in full by the leaker of the Pentagon Papers, Daniel Ellsberg. The report provides a hair-raising portrait of a reckless US military leadership relentlessly pressing President Dwight Eisenhower for the authority to carry out nuclear attacks on communist China.

After holding the still-classified version of the account in his possession for fifty years, Ellsberg said he decided to release it because of the growing threat of US war with China over Taiwan, and the danger that such a conflict could escalate into a nuclear exchange.

A May 22 New York Times report on the account offered only general details of the role the US Joint Chiefs of Staff played in the run-up to the 1958 Taiwan crisis. However, it is now clear from the original highly classified documents as well as other evidence now available that from the beginning, the Joint Chiefs aimed first and foremost to exploit the tensions to carry out nuclear strikes against Chinese nuclear military targets deep in highly-populated areas.

Chiang Kai-shek’s nationalist Kuomintang regime and the Joint Chiefs were allies in wanting to embroil the United States in a war with China. Deputy Secretary of State Christian Herter feared that the Nationalist regime was determined to drag the US into conflict, according to the Pentagon-sponsored account. The reason, according to the author of the account, Morton Halperin, was that involving the United States in a war with the Chinese Communists “was clearly their only hope for a return to the mainland.”

Quemoy and Matsu, the two main offshore islands occupied by Nationalist troops, were less than five miles from the mainland and had been used by Chiang’s forces as bases to mount unsuccessful commando raids inside the mainland.  And Chiang, who was still committed to reconquering the mainland China with the ostensible support of the United States, had stationed a third of his 350,000-man army on those two islands.

In May 1958, the Joint Chiefs adopted a new plan (OPS PLAN 25-58), ostensibly for the defense of the offshore islands. In fact, the plan provided a basis for attacking China with atomic weapons. It was to begin with a brief preliminary “Phase I”, which it called “patrol and reconnaissance” and was said to be already underway. “Phase II”, which would have been triggered by a Chinese attack on the offshore islands, would involve US air forces wiping out the attacking forces.

But the new plan envisioned a possible third phase, in which the Strategic Air Command and forces under the command of the US Pacific Command would carry out strategic attacks with 10 to 15 kiloton tactical nuclear weapons “to destroy the war-making capability” of China. According to the account authored by Halperin, the Chairman of the Joint Chiefs, Air Force Gen. Nathan Twining, told State Department officials in an August meeting that the third phase would require nuclear strikes on Chinese bases as far north as Shanghai.

The Joint Chiefs played down the threat to civilian casualties from such tactical atomic weapons, emphasizing that an airburst of tactical atomic explosions would generate little radioactive fallout.  But the account indicates that they provided no concrete information on expected civilian casualties. Given the fact that both the Chinese gun emplacements across the Taiwan Strait and a key airbase serving the Chinese military forces in any conflict over the offshore islands would have been located close to significant population centers, such atomic explosions would have certainly caused civilian casualties on a massive scale.

The Joint Chiefs did not acknowledge that the bombs they planned to detonate with airbursts would have had the same potential lethality as the bomb dropped on Hiroshima. Nor would they concede that the targets of such bombings were located in the immediate vicinity of Chinese cities that were roughly the same population as Hiroshima.

The city of Xiamen, for example, was close to military targets in the Amoy area, while Ningbo was close to the main Chinese airbase in Zhejiang province that would have been attacked by US forces. Like the Hiroshima bomb, the nuclear explosions would have been triggered in the air, where blast damage is greatest, destroying or damaging nearly everything within a radius of three miles from the blast, killing much of the population.

The Joint Chiefs also assumed that China would respond to the US use of atomic weapons by retaliating with atomic weapons, which the Joint Chiefs presumed would be made available to the Chinese government by the Soviet Union. The Halperin report recounts that Twining told State Department officials that the bombing of the intended targets with tactical nuclear weapons “almost certainly would involve nuclear retaliation against Taiwan and possibly against Okinawa….” That assumption was based on a Special National Intelligence Estimate that had been issued on July 22, 1958. The estimate had concluded that, if the U.S. “launched nuclear strikes deep into Communist China,” the Chinese would “almost certainly” respond with nuclear weapons.

Despite the acceptance of the likelihood that it would lead to nuclear retaliation by China, JCS Chairman Twining expressed no hesitation about the plan, asserting that in order to defend the offshore islands, “the consequences had to be accepted”.

The Joint Chiefs’ plan betrayed the military chiefs’ hope of removing the power of decision over nuclear war from the hands of the president. It said the plan would be put into operation when “dictated by appropriate U.S. authority” – implying that it would not necessarily be decided by the president.

In his own memoirs, Eisenhower recalled with some bitterness how, during the 1958 crisis, he was “continuously pressured — almost hounded — by Chiang [Chinese nationalist Generalissimo Chiang Kai-shek] on one side and by our own military on other requesting delegation of authority for immediate action on Formosa [Taiwan] or the offshore islands….” He did not refer, however, to the efforts by the Joint Chiefs efforts to gain advance authorization for the use nuclear weapons on the Chinese mainland.

The wording of the JCS plan was changed to read “when authorized by the President” at Eisenhower’s insistence to provide that only conventional means could be used at least initially for defense of the islands, while leaving open the possibility of using tactical nuclear weapons if that failed.

But the Joint Chiefs were not finished. In a paper presented to Eisenhower on September 6, the chiefs proposed that they be authorized to “oppose any major attack on Taiwan and attack mainland bases with all CINPAC force that can be brought to bear” in the event of “an emergency arising from an attack on Taiwan and the offshore islands moving so rapidly that it would not permit consultations with the President…” Further, they asked for the authority to respond to a “major landing attack on offshore islands,” by “[u]se of atomic weapons and U.S. air attack in support of [Chinese Nationalist] Air Force…as necessary, only as approved by the President.” Eisenhower approved the paper with those qualifiers.

When Secretary of State John Foster Dulles warned that Japan would object strongly to using nuclear weapons against the Chinese mainland, and forbid the launching of nuclear weapons from their territory,  Chief of Naval Operations Admiral Arleigh Burke suggested that the opposition to nuclear weapons in Japan was “inspired by the Communists,” and that foreign leaders would soon recognize that the use of nuclear weapons by the US “was in their interests”.

Burke closed his argument by claiming that if the US did not maintain the threat of tactical nuclear weapons in conflicts,  it would “lose the entire world within three years.” That obviously absurd argument suggests that the intense desire among the Joint Chiefs to use nuclear weapons against China was less motivated by any threat from Communist Chinese than by their own institutional interests.

In pre-Cold War Washington, the US Navy served as the primary bureaucratic ally of the Kuomintang regime. The relationship was forged when Chiang provided the Navy with the home base for its 7th Fleet at Tsingtao in Northern China. Navy brass in the Pacific had urged unconditional support for Chiang’s regime during the civil war with the Communists and derided as “pinkies” those State Department officials – beginning with Secretary George C. Marshall – who entertained any doubts about the Kuomintang leader.

By 1958, the Air Force was so strongly committed to its role as an exclusively nuclear-weapons delivery organization that it insisted on being able to able to using nuclear weapons in any war it fought in the Pacific region. The account of the crisis reveals that, when the Air Force Commander in the Pacific, Gen. Lawrence S. Kuter, learned of Eisenhower’s decision to defend the offshore islands with conventional weapons, he relayed the message to Gen. John Gerhart, the Air Force Deputy Chief of Staff. Shockingly, Gerhart responded that the Air Force “could not agree in principle” to the use of SAC forces for such non-nuclear operations.

Beyond the desire of the Navy and Air Force chiefs to ensure their long-term presence and reinforce the importance of their respective roles in the Pacific, the Joint Chiefs of Staff have always aspired to maximize their influence over US policy in any conflict where U.S might use military force.

It turned out that the Chinese never intended full-scale war over the offshore islands. Instead they sought to mount a blockade of resupply to the islands through artillery barrages, and when the US military provided armed escorts for the ships carrying out the resupply, they were careful to avoid hitting American ships. As the Halperin report observed, once the Chinese recognized that a blockade could not prevent the resupply, they settled for symbolic artillery attacks on Quemoy, which were limited to every other day.

It was the eagerness of the Joint Chiefs for a nuclear war against China, rather than the policy of communist China, that presented the most serious threat to American security.  Although the circumstances surrounding the U.S.-China conflict over Taiwan have changed dramatically since that stage of the Cold War, the 1958 Taiwan crisis provides a sobering lesson as the US military gears up for a new military confrontation with China.