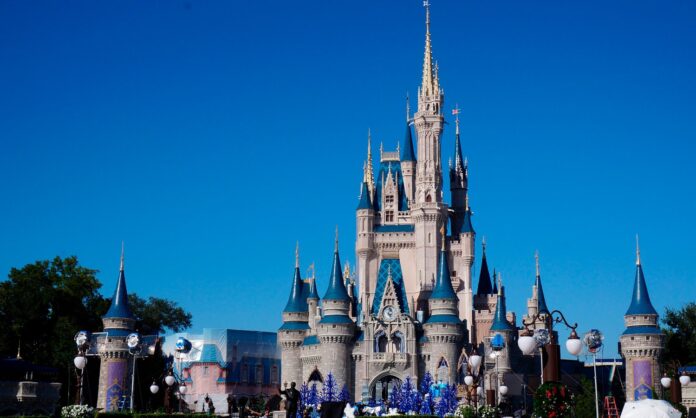 The vaccination process in the U.S. has gained momentum with every passing day. Over 249 million dosages of the COVID-19 vaccine have been administered, with the government on track to immunize a significant percentage of the population by the middle of the year.

The pandemic has exposed us all to new situations, including vaccination discussions.”What vaccine did you get?” and “Where did you get injected?” are common exchanges these days.

While the majority of vaccines have been administered in hospitals and pharmacies, local governments have had to get creative with their locations, finding places that are big and easy to manage so that more people can get vaccinated.

Here are 5 of the weirdest injection sites we uncovered.

Twitter user Michael Robbins kicked off an epic string after he tweeted that he’d gotten his shot at an abandoned K-Mart. And that’s not dystopian at all.

RELATED: What To Do If You Missed Your Second COVID-19 Shot

Amusement parks were put on hold for the majority of 2020. Six Flags and Disneyland resort parking lots were transformed into vaccination centers, taking advantage of their large spaces and free flow of air. “It was super easy, extremely well-organized, and definitely the best experience I’ve had at a Six Flags,” Amanda Ach told The Huffington Post.

JCPenny, a department store chain beloved by moms and grandmas, are also open for vaccinations. At least some of them are. “The experience was somewhat surreal: Standing in line in an abandoned and empty massive store while people [received] directions and shots from men in uniforms (National Guard) and masks felt post-apocalyptic. But it was also very efficiently organized,” historian Udi Greenberg told HuffPo.

Movie theaters were among the hardest hit businesses in the U.S., forced to close for the majority of 2020 and part of 2021. Someone explained on Twitter that they got their shot by the concession stand. There were still leftover snacks on the counter.

I got vaccinated right by the concession stand at a movie theater! (There was still candy in the cases.)

RELATED: You’re More Likely To Struggle With These Eye Conditions Due To Pandemic

Calling it one of the most Texan experiences she’s ever heard of, this twitter user explained that her parents got their COVID-19 shots in the Texas Motor Speedway. Not what Nascar had in mind, but still a good use of open space.

Still feel like my parents getting their shot at the Texas Motor Speedway is maybe the most Texas thing ever. https://t.co/7o31DfNEZv